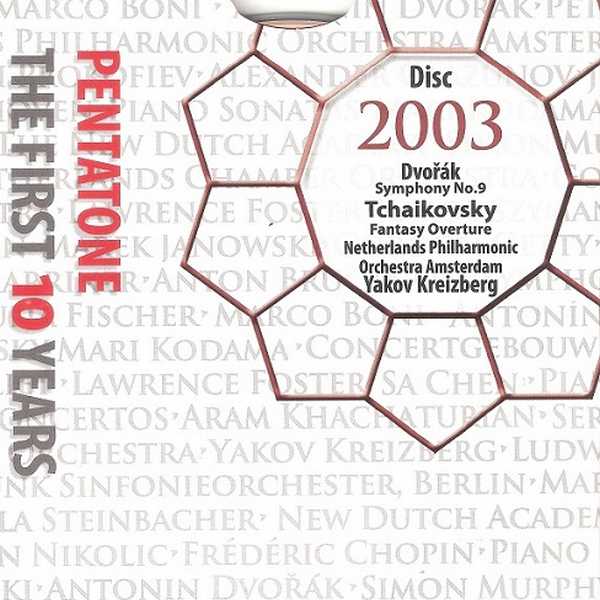 Yakov Kreizberg conducts really fine performances of these two repertoire favorites. Although the “New World” Symphony gets relatively traditional treatment (big slow-down for the first movement’s second subject, for example), it’s within a general framework of exciting tempos, characterful phrasing, and very good playing from the Netherlands Philharmonic. The Largo is beautifully poised, and note how Kreizberg doesn’t overplay the big climax, making the brass obey Dvorák’s careful dynamic markings and demonstrating impressive understanding of this passage’s context. The scherzo has rhythmic energy aplenty, the central trio is not too slow, and the finale, if slightly heavier-footed than the rest of the symphony, comes to an imposing conclusion, with the final cyclical combination of themes ground out like a soul in pain. It’s a potent reminder of the fact that the ending is, at the very least, emotionally ambivalent.

Despite spectacular percussion playing in the battle sequences, this Romeo and Juliet is most memorable for Kreizberg’s supremely natural, intelligent phrasing of the love music. He does it as well as anyone has, at a decently flowing tempo, and if the strings don’t pant and heave as in Russian orchestras, their lighter touch conveys its own youthful and vibrant impression of the tragic protagonists. The coda also offers some really lovely wind playing and a truly transfiguring apotheosis. In stereo this live recording sounds gorgeous, but DSD multichannel format offers even more precise instrumental positioning and greater front-to-back depth, all with brilliant highs and a rock-solid bass. But make no mistake, even without the audiophile credentials the quality of the music-making on offer speaks for itself.