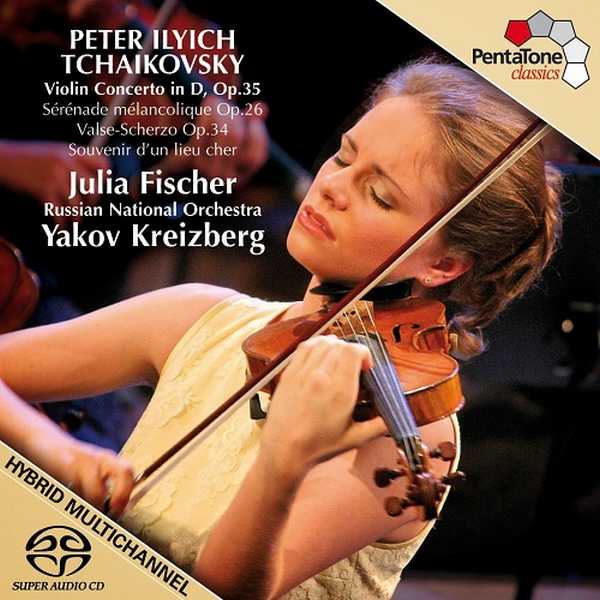 The solo violin did not occupy a central position within the oeuvre of Peter Tchaikovsky (1840 – 1893). He was himself a pianist, and composed three piano concertos, as well as chamber music, operas and ballets. That probably explains why he composed no more than one violin concerto. Certainly, it was composed shortly after the most profound crisis in his personal life, i.e. his marriage to Antonia Milyukova in 1877: “The marriage ceremony had only just taken place, and I had been left alone with my wife, realizing that fate had linked us inseparably, when it suddenly came upon me that I did not feel even simple friendship for her – rather, an aversion in the truest sense of the word. Death seemed to me to be the only way out, yet I could not even contemplate suicide.” Admittedly, his friends, such as Nikolai Kashkin, were aware of this personal disaster: “Tchaikovsky himself looked somewhat bewildered, did not say a word about this new situation during our conversations, and his marriage remained – as it did for his other friends – a mystery to us.” However, Tchaikovsky did not seem to change as far as the rest of the world was concerned, as endorsed by his colleague Nikolai Rimsky-Korsakov, who mentions the following in his autobiography My musical life: “After approximately 1876, Tchaikovsky – who was living in Moscow at the time – regularly visited our home about once or twice a year. Whenever he came to St. Petersburg, he enjoyed coming to see us. Usually, his visits took place on the days when our musical circle came together… In those days as also later on, Tchaikovsky was an endearing person with whom to talk and, in the best sense of the word, a noble man”. He reacted to his disappointment in the marriage with illness (gastritis, headaches, insomnia) and sought refuge in work: a hasty removal to St. Petersburg also helped him to overcome this “tense situation”, as his friend Nikolai Kashkin later recalled.

Fischer always knows when to lighten the mood, or how best to judge the tension and release of a musical paragraph, and in this she is supported to the hilt by a personable but never too overbearing Russian National Orchestra under the baton of Yakov Kreizberg… In the Concerto’s vivacious finale and the headlong Valse-Scherzo, Fischer makes light of the technical difficulties with spot-on pitching throughout; there isn’t an aspect of any of these works in which this world-class virtuoso fails to excel.

Julia Fischer brings fearsome concentration to a concerto that is so often an excuse for selfindulgence. She brings absolute control of colour and tone. Fischer realizes that you don’t have to wallow in romanticism for the piece to work its magic. Kreizberg and the fabulous Russian National Orchestra provide superb support.