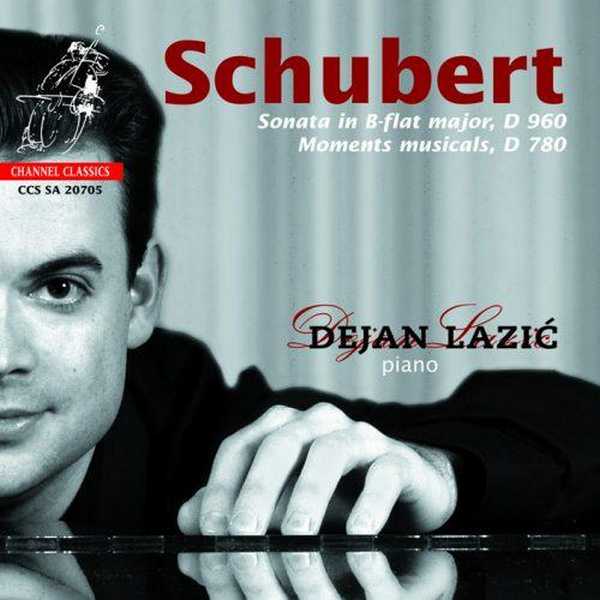 One of the hardest questions for a musician to answer is Who is your favorite composer? Personally, I have often been asked this question, but I was never able to limit myself to a single composer. I came very close to choosing one, however, during my preparations for this CD, in fact very close indeed. For all that this choice may appear to be forced, subjective, and of a temporary nature, it is not. Not when one thinks of how many extraordinary piano and chamber music works, songs and symphonies Franz Schubert created during his all-too-brief life. This way of thinking sheds a different light on the choice, and justifies it. Nevertheless, Schubert avoided two larger forms: the opera and the concerto. The reasons for this could have included his character, which was in part deeply introverted, as well as his distaste for virtuosity, which he saw as a kind of exhibitionism of the soloist in front of the orchestra which accompanied him; in the same way, the frequently banal or superficial libretti of operas may have put him off. In no way did this indicate a lack of dramatic ability, for his music is not only exciting, but goes far beyond, it penetrates deeply into the listener’s senses. He lived in an unusual time. He lived in the interval between the Viennese Classical Style and Romanticism, in a world which was stylistically completely new, different, and exceptional. His music is characterized by the clarity of its form and the complexity of its structures: often it is so subtly conceived that one can distinguish paper-thin layers of differing inspiration…

You know what’s cool about Dejan Lazic’s Schubert B flat major Sonata? He doesn’t try to beat the masters at their own game. He doesn’t try to out-drama Schnabel or out-intensity Richter or out-slick Brendel or out-think Pollini or out-sing Kovacevich. Dejan Lazic, a young Croatian pianist, doesn’t have to. He’s got his own way of doing things, his own point of view, and his own way of singing Schubert’s great song of life and love and death. It’s passionate, sure, but Lazic’s a young man and can’t help himself. More importantly, it sounds completely thought through. Lazic knows that no matter how long the heavenly lengths of the work, the performer has to know exactly how he or she is going to get from one end of it to the other. More importantly yet, it sounds completely improvised. Lazic knows that no matter how familiar he is with the work, its bottomless depths and endless heights will always confound the traveler through its heavenly lengths and the performer always has to be ready to go with the inspiration of the moment. But most importantly of all, Lazic sounds like he’s completely at one with the music. Length, height, depth: all these are measurements. In the end, Lazic knows that it was the qualities beyond them, Schubert’s heart and soul and spirit, that make the B flat Sonata one of the most precious of all piano sonatas. Lazic’s “filler,” the set of Six Moments Musicaux, are nearly in the same league: sweet, bitter, funny, quaint, coy, and utterly endearing. A terrific performance, especially as preserved in Channel Classics’ clear and translucent sound.